I’m afraid there are no sledges being pulled across the Antarctic, no marathons being run across the Sahara and no 24 hour binges of bicycle activity.

There is nothing heroic or admirable happening here, unless you count parenting as heroic, in which case you haven’t seen us in action. (“SHHHHUUTTTTT UPPPPP AND GO TO SLEEEEEEEP”).

Instead, this is a blog about about a British family of four fairly normal unadventurous people travelling around bits of South, Central and North America for 3 months over the summer of 2018. We are going (in order) to Brazil, Costa Rica, Mexico, California and British Columbia in Canada.

This is not a 5 Star trip but it is not backpacks and bed bugs either – think 3 Star on average with a bit of luxury and a bit of camping.

So here we are:

Two 40-something parents, one of whom has just been described as “looking more tired than I’ve ever seen.” The other is more glamorous as the photos will show.

Two girls, aged 7 and 9, although that 9 will turn 10 halfway through our trip (and yes you can bet that “booking this trip over my birthday” was a controversial move). 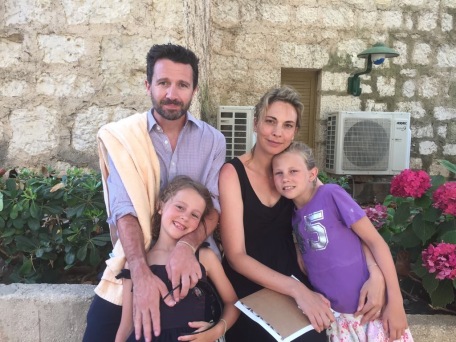 Our tour of European air-conditioning units, from 2017.